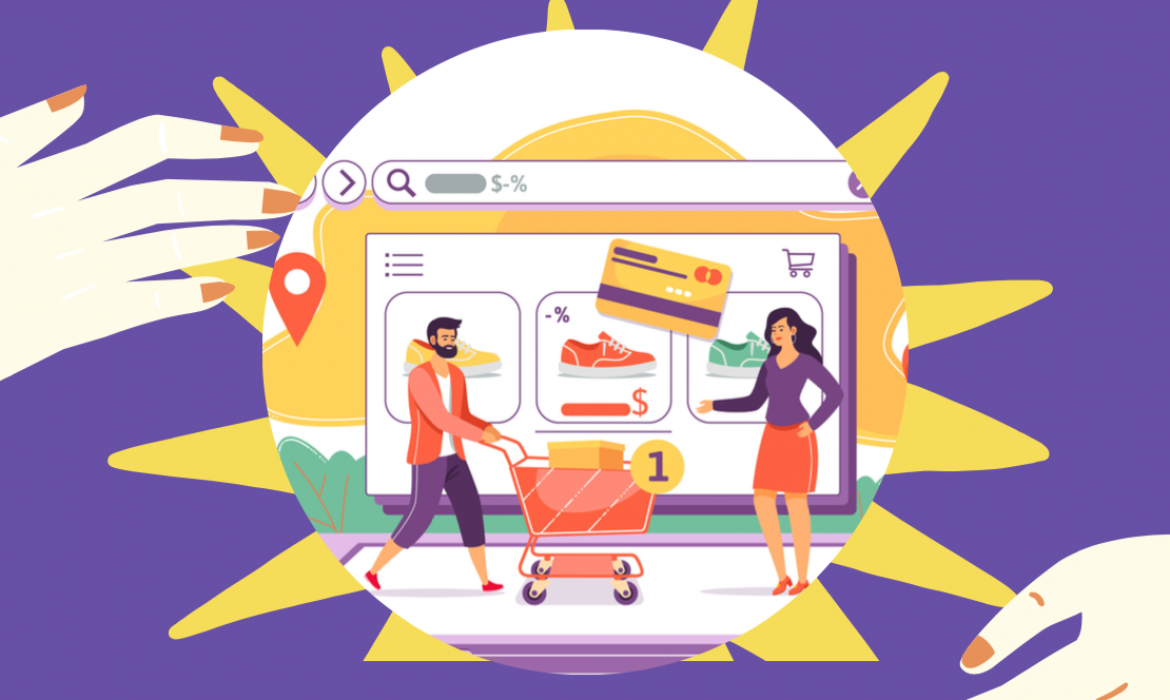 Promote your products on google for free

Now stores owners can list their products on Google for free
The new feature will be activated mid-October
Google free Shopping listings is free since April
The new feature is due to the financial crisis but we think of something else
Paid listings appear above the free ones.
You need Google Merchant account to put your products 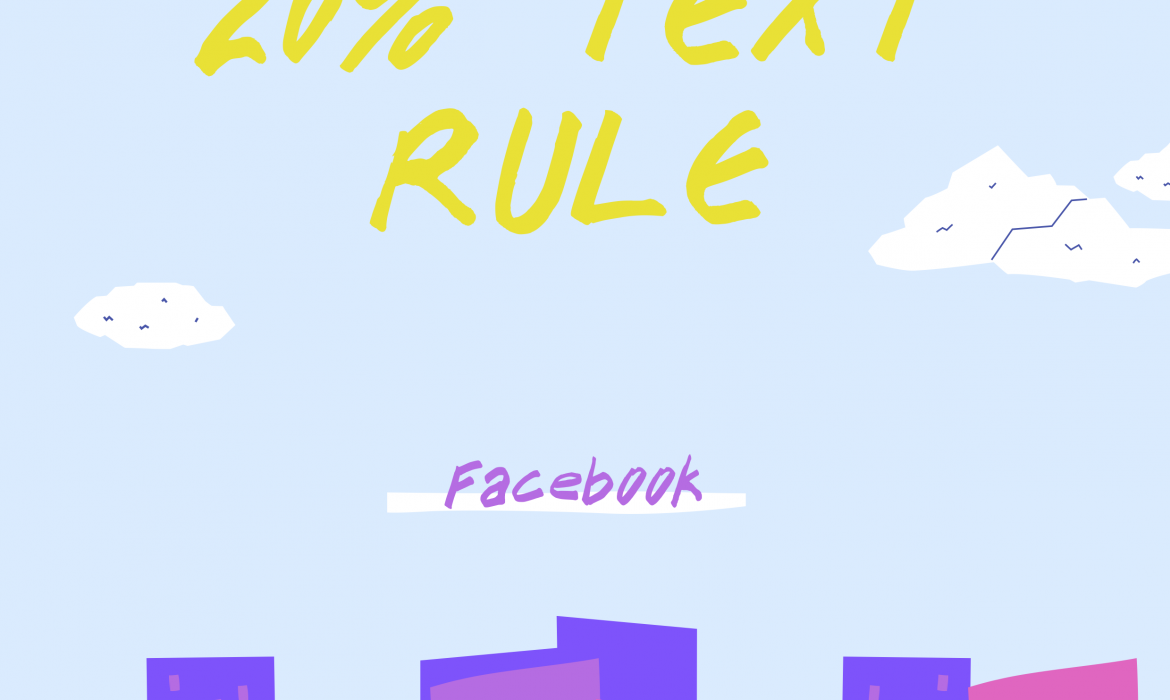 Finally, the 20% rule by Facebook is history as per today! designers & paid social specialists know more than anybody else the importance of the new situation.

What does that mean for both?

Designers: More room of creativity as they can add text, shapes and logos without any worries.

But, how was it before?

Facebook insisted on keeping the visual creative with minimum text as possible whereas the overall text must be below 20%. During the early days, Facebook used to reject images that used to contain more than 75% text but later own it used to inform the campaign manager that the post will reach fewer users because of the too much text.

Users nowadays are savvy and want all ads to be clear and easy to access. Make sure that you focus on your selling points in the description and the visual. However, you seriously need to think of video content as it is the trend where you can reach more users faster, easier and more effectively. 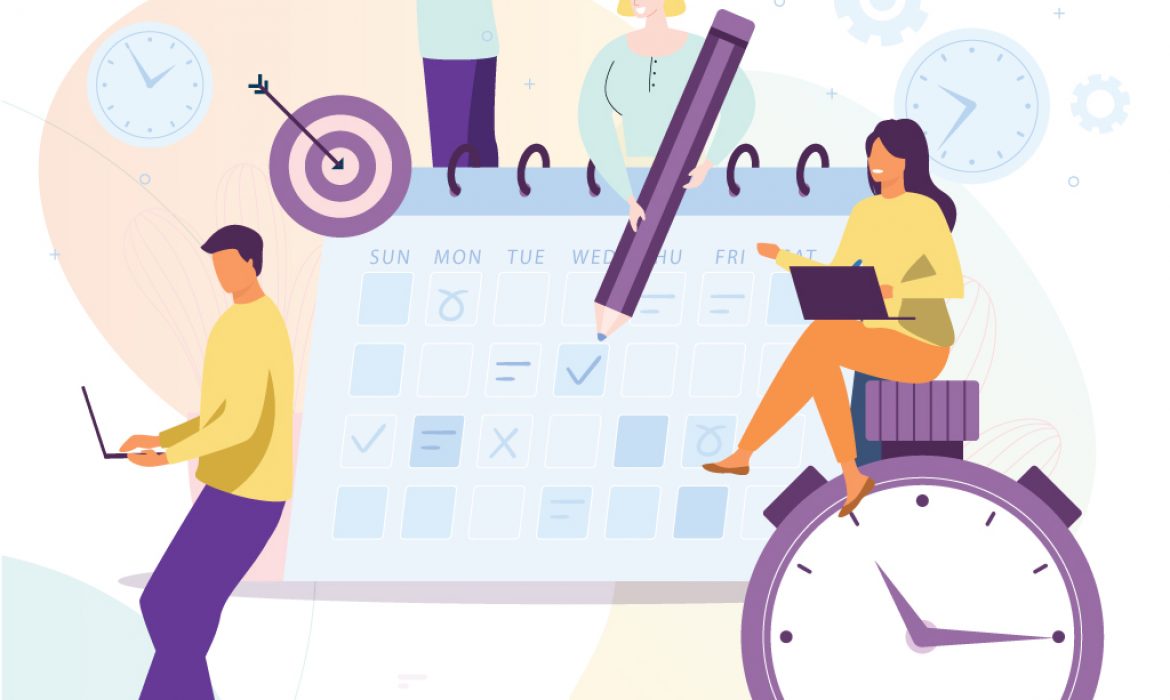 What are your Social Media Goals?

Clear KPI’s is a must for any business growth plan, this includes social media strategy. Here are the social media goals that you need to consider: 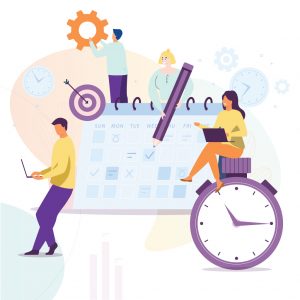 Thinking of your social media channels as two ways of communicating is the way how it should be. In other words, whatever you put on your social media must generate a reaction from your audience. We can summarise it with the following KPI’s “Key Performance Indicators”

You need to use your social media channels to be on top of your customer’s mind. This goal can easily be evaluated by:

It’s really important to have a plan in mind. Sitting your goals in simple excel sheet with the KPI’s you are planning to measure can save you & your team a lot of time and efforts. 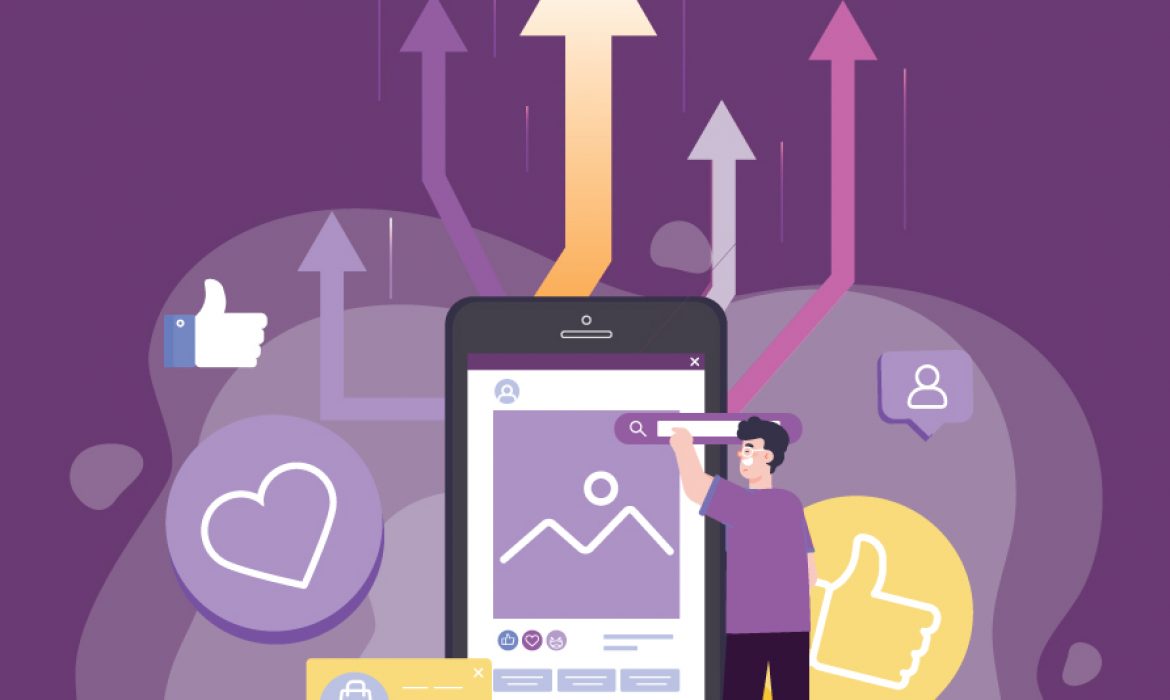 While all begins with understanding the goal. It gets more interesting to open up the creative side to understand your prospects more. Here are 5 different ways to come up with killing social media content. But before we start here is our take away statistic.

Users have questions in mind and they are looking for answers. So, providing the answers will give you a quite good advantage among the others. Answering a question can be as simple as:

Showing your restaurant’s experience. While many users check Instagram hashtags and accounts before taking a decision to visit a place or trying a service/ product. Content such as a picture of your shop, videos of the experience or even a simple story will make the difference.

Try to be in your customer’s shoes and ask the questions they might ask, here are how to get these

Numbers can grab attention and speak up loud. Make sure if your business needs numbers to convert your customers. For example, in DMB4 we make sure that we back-up our hypothesis with numbers such as the numbers of store visits, add to cart and purchases that we generated in a specific campaign.

It’s really important to personalize & humanise users experience once they visit your profile. Telling your employees’ stories is a great way to build this kind of relationship. This type of content works really well with tourism and hospitality businesses where customers & employees interaction is on a high-level.

Running competitions & playing games with your audiences is a great way to strengthen the relationship. These kinds of games can be a simple math problem related to your business identity, comparing between 2 pictures to find the differences. Remember there is no wrong nor right answer as long as you know your final objective act towards it and you will achieve.

Surely, there are more ideas to add. However, if it’s not broken don’t fix it. Once something works for you stick to it and build upon it. Of course, keep the creativity on its highest level.

Here is a template that can help make your brainstorm the ideas in an efficient way. 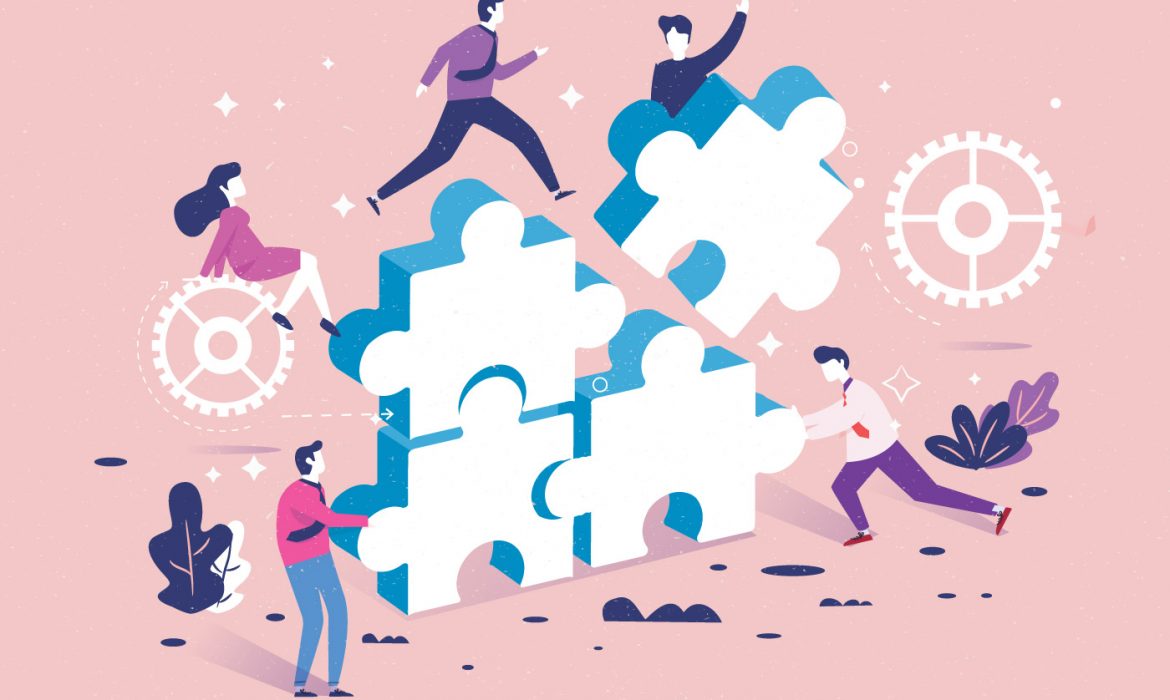 How Digital Performance Marketing Improved Marhabha number of checkouts by 1,950%?

Marhabha is a promising online marketplace, while Marhabha used to count only on organic & direct channels as a source of traffic and transactions. There was a massive room in the online paid channels which Marhabha knocked out with DMB4 help.

The Goal Getting more qualified users to the website means more transactions.

As a startup online store getting more quality users to the website is an essential strategic move for Marhabha, this is why we started our digital strategy by defining the following

Starting a website traffic campaigns across different channels and defining the most cost-efficient & providing the highest quality users to Marhabha website.

Facebook was the channel that provided high-quality users as good as direct users. Giving the fact the cost per session was reasonable.

Results in numbers December VS November

December is the month that DMB4 kicked-in

These numbers will help the next performance activities to build more personalized messages based on users behavior onsite. 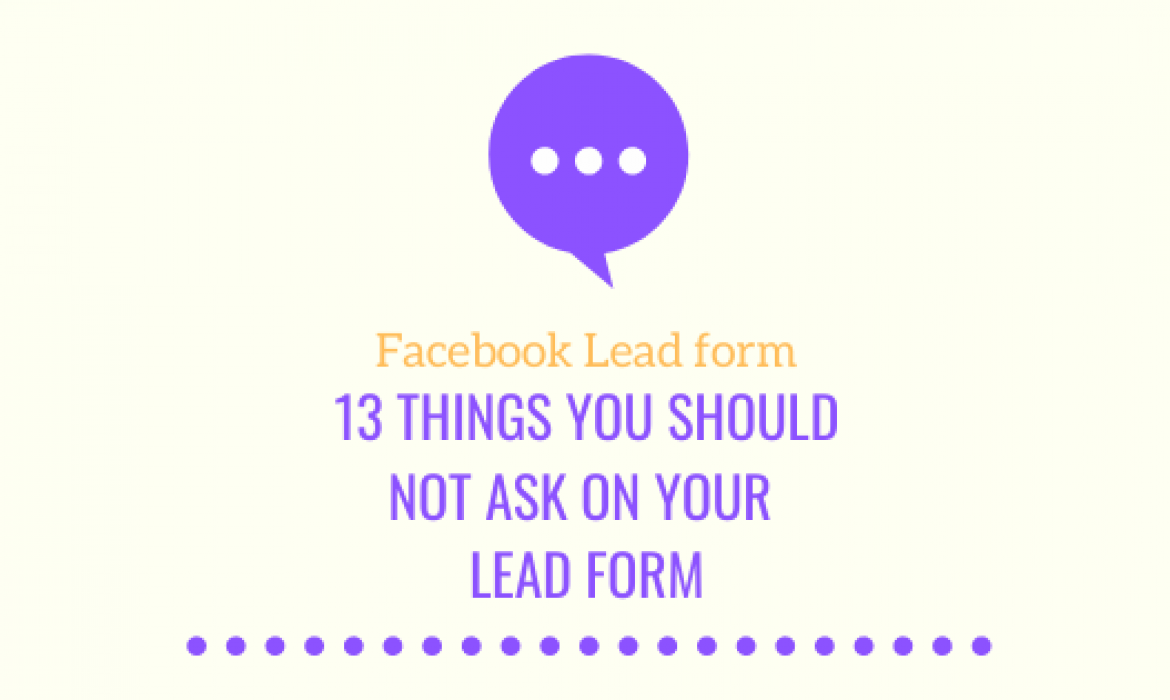 13 Things you should not ask on your Facebook Lead form 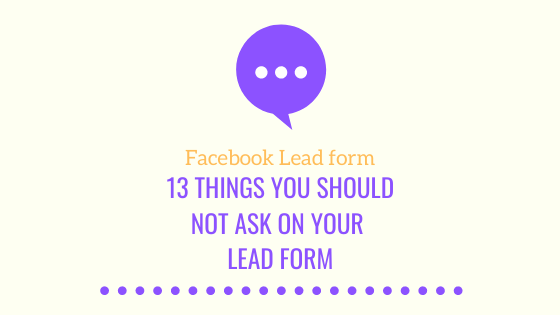 Marketeers must not request the following types of information on the Facebook Lead Ad Form without having Facebook’s prior written permission.

As per Facebook policies, you must not ask for trade union membership status information. If you really need this information for your campaign, then you need to take a permission from Facebook.

Your ads must not ask the same or similar question to the template questions.

Your ads must never request information regarding sexual information about the sexual life of the individual or an orientation. Facebook consider these questions as personal information to ask. For instance, what gender(s) the person prefer to date. If your ad needs this information, then you should request a permission from Facebook.

Your ads must not ask information related to ethnicity or race without having a permission from Facebook.

Your ads must not ask information about the Political Affiliation without having a permission from Facebook.

Your ads must not ask insurance information. Like insurance card number. You can ask after having a permission from Facebook.

Your ads must not ask Government Issued Identifiers information. Any type of government ID information. For example, driving license number…etc If you need it then you must have a written permission from Facebook.

Your ads must not ask criminal history information without a permission from Facebook.

Your ads must not questioning the target audiences about number of any accounts they have like, loyalty card number, cable number…etc without a permission from Facebook.

Your ads must not ask any question about the beliefs or religions, if so then you need a prior permission from Facebook before doing it.

It is significant for you to understand Facebook’s policies and understand what you can do and what you cannot do to use on your Lead form ads. Facebook policies has been changed over the past years and I expect it to continue to change in the coming couple of years.

Marketeers must not request the following types of information on the Facebook Lead Ad Form without having Facebook’s prior written permission.

It is significant for you to understand Facebook’s policies and understand what you can do and what you cannot do to use on your Lead form ads. Facebook policies has been changed over the past years and I expect it to continue to change in the coming couple of years. 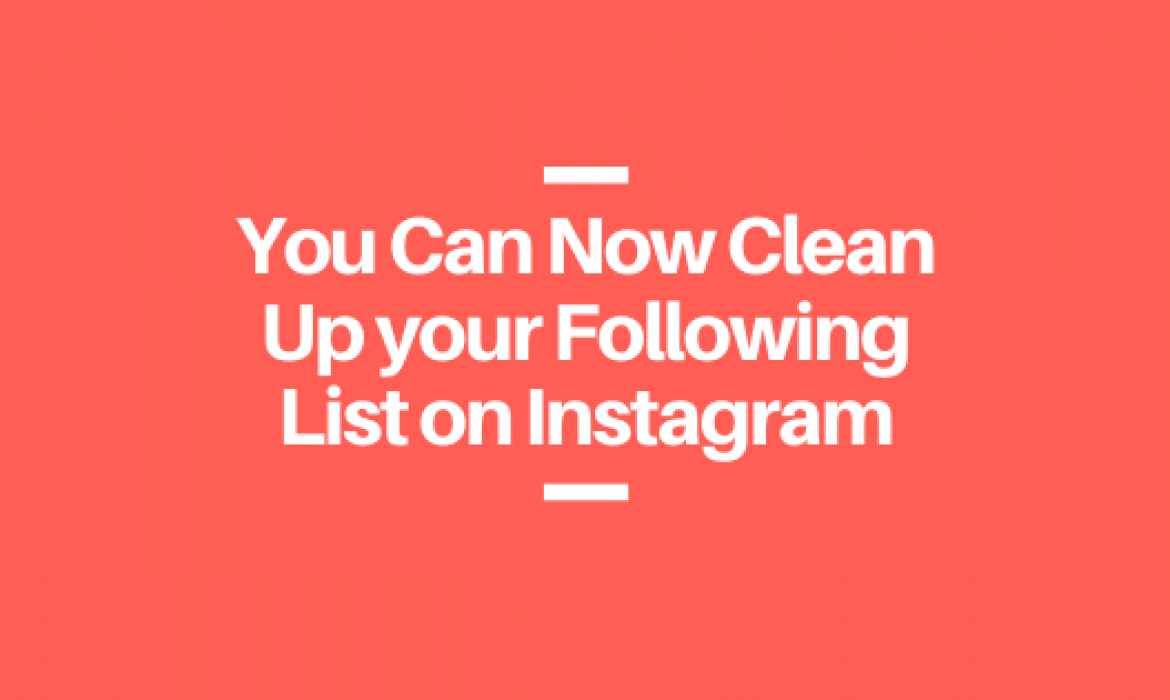 Instagram have launches a new feature that allowing all the users to categorize their following!

These are the new “Following Categories”:

The machine algorithm of this features takes data from the past 90 days then it create these categories. The platform make calculation of likes, comments, saves and other actions to prepare the categorizes.

The main goal of this feature is to help all users focusing more on the content and ensure the content shown in their feed remains relevant.

In a statement to TechCrunch, an Instagram spokesperson says:

“Instagram is really about bringing you closer to the people and things you care about – but we know that over time, your interests and relationships can evolve and change. We want to make it easier to manage the accounts you follow on Instagram so that they best represent your current connections and interests.”

For example, users may find some of the ‘most shown’ accounts in their feed are also accounts they don’t interact with very often.

Knowing this, users may decide to unfollow some of the ‘most shown’ accounts so they’ll end up seeing more relevant content in their feed.

Google Chrome’s built-in ad blocker will now block “annoying” and “intrusive” ads that run before and during videos.

Google blocks ads in Chrome according to what the Coalition for Better Ads considers to be particularly disruptive. Today, the Coalition’s Better Ads Standards have been updated to include a new set of standards for ads shown within videos.

Based on investigate from 45,000 customers around the world, the taking after three advertisement encounters were decided to be troublesome on video substance that’s less than 8 minutes long:

Again, these new standards only apply to videos less than 8 minutes in length. That means videos longer than 8 minutes can get away with any type of pre-roll or mid-roll ads.

The Coalition for Better Ads is recommending that website owners stop showing the above listed ads to site visitors in the next four months.

Beginning August 5, 2020, the Google Chrome browser will expand its built-in ad blocking to stop showing all ads on sites in any country that repeatedly show these ads.

Google notes that this will also apply to YouTube ads:

“It’s important to note that YouTube.com, like other websites with video content, will be reviewed for compliance with the Standards. Similar to the previous Better Ads Standards, we’ll update our product plans across our ad platforms, including YouTube, as a result of this standard, and leverage the research as a tool to help guide product development in the future.” 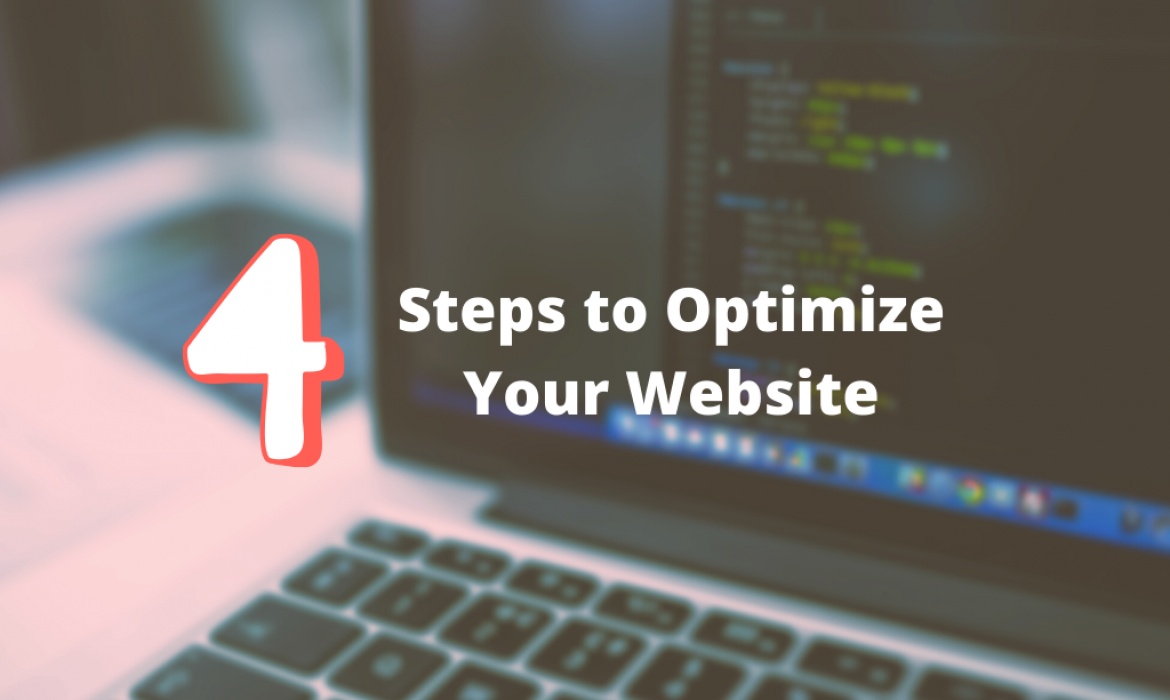 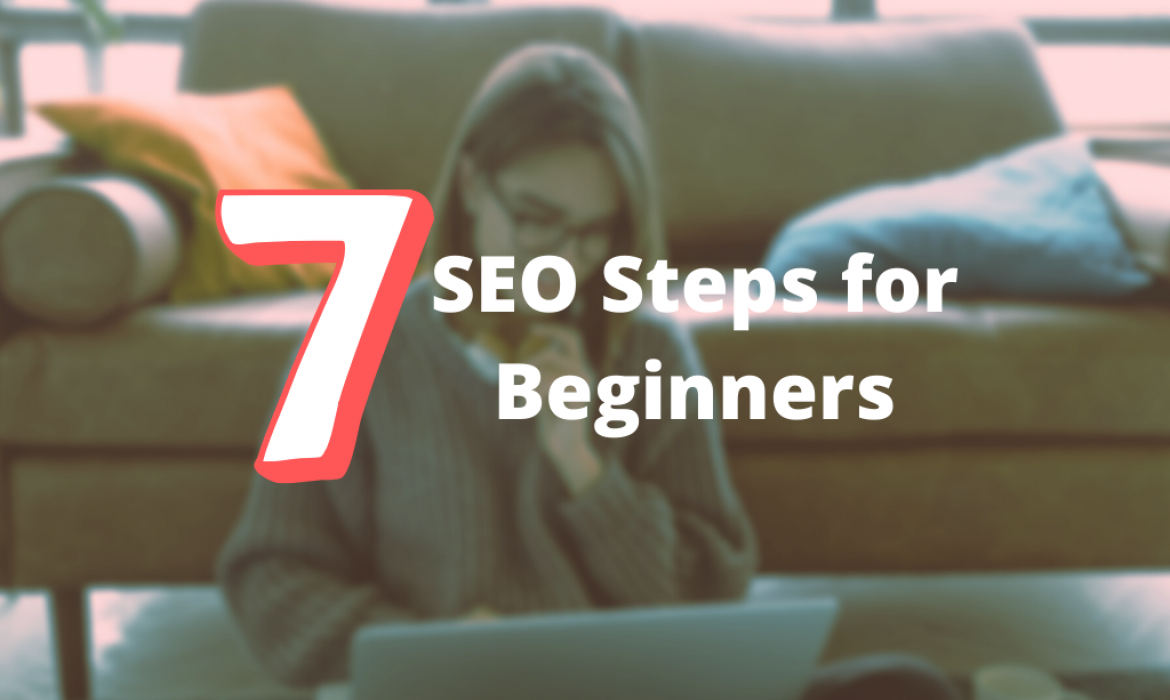 In today’s competitive market, SEO is more important than ever. Search engines serve millions of users per day looking for answers to their questions or for solutions to their problems. You can find below 7 SEO steps you should know before start doing SEO.

Every page on your website will display a page title in Google results. If Google will find your meta tag Title text relevant to the search query, it will display it there. On some occasions, Google will disapprove of your title and it will construct this title from other pieces of text on this page.

These are some steps can help you to improve your SEO.

Feel free to contact us for more information into SEO